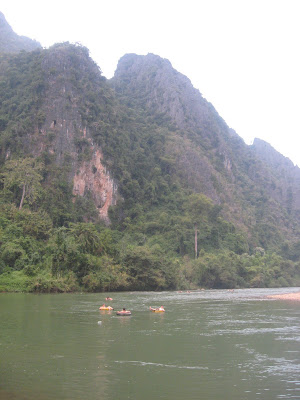 We’ve spent one delightful day tubing, and now two days resting. The first day off was voluntary, as we wanted to use the internet, relax our battered bodies, and spend some time with our friend Brian, another ESL teacher from Korea, who is also chilling in Laos right now. Today however, our non-tubing was forced by the weather, which has been cloudy all day and rainy most of the time as well. Not the best day to float down a somewhat chilly river. So we’ll try again tomorrow, aiming to be in the water around noon at the latest. Which should give us plenty of time to enjoy the zip-lines, water slides, and mud volleyball on offer. The first 500 meters of the river are filled with bars, as Vang Vieng has become Laos’ sacrificial tourist town. Tubing here is a well-established site on the tourist-trail, especially of the younger-and-partying type of tourist, but we are doing our best despite our old age :-).
First, a few promised pictures of Luang Prabang’s many temples: 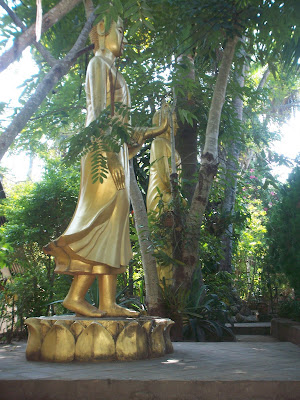 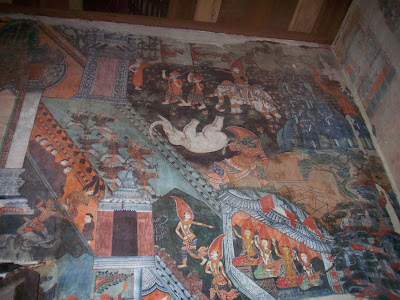 Plus a cheap vegetarian buffet: 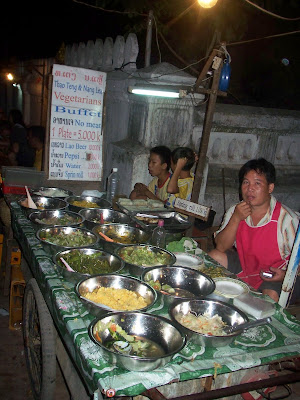 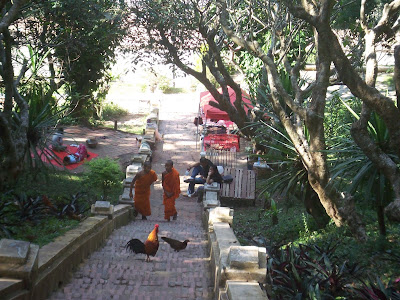 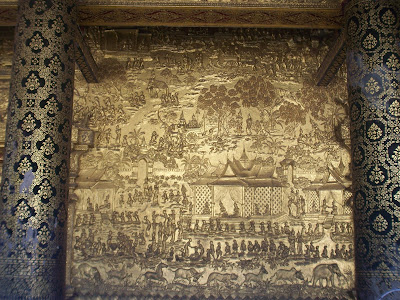 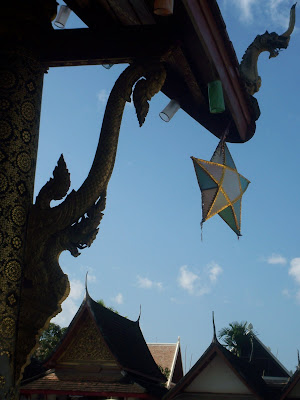 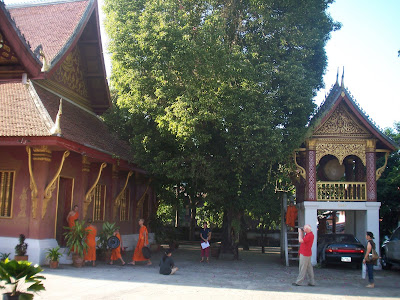 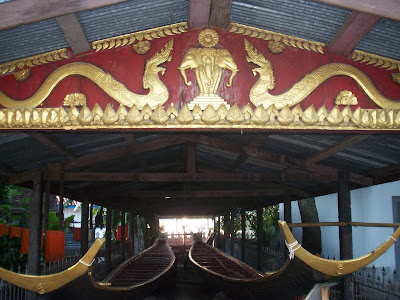 And the local football game we watched: 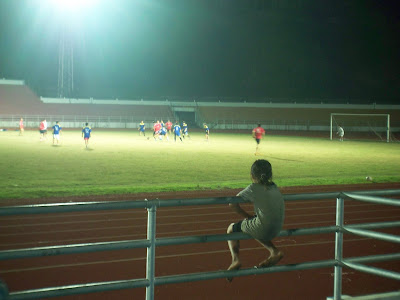 And Kuang Si waterfall, of course: 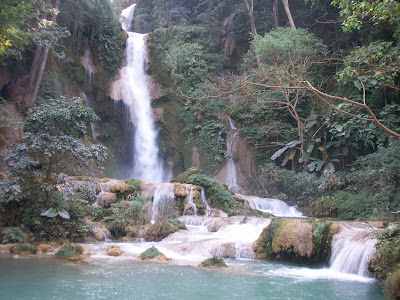 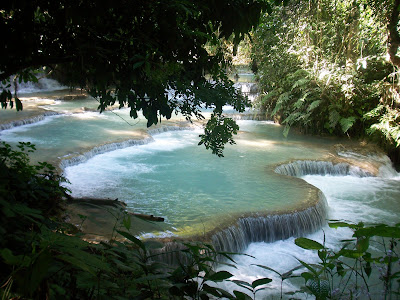 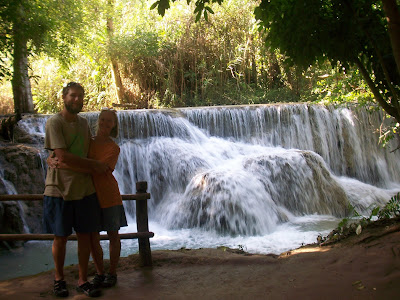 The order and civility creates a nice dichotomy with our day spent tubing, doesn’t it? 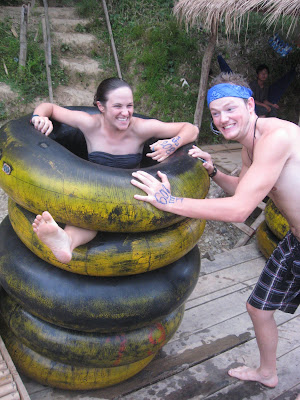 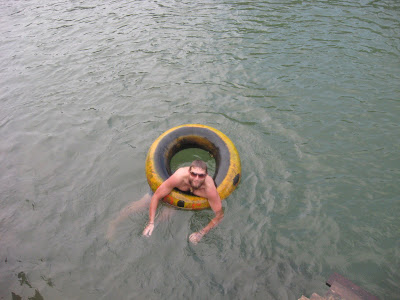 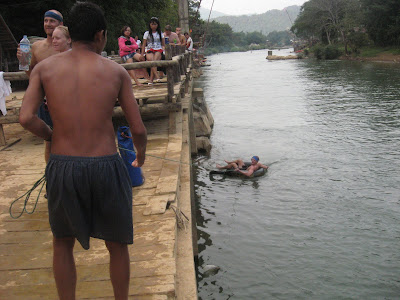 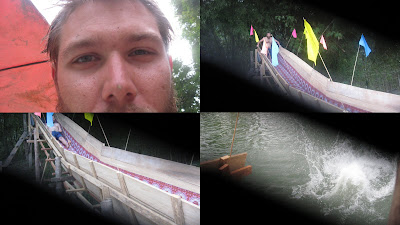 Well, actually, this one might be the most accurate 🙂 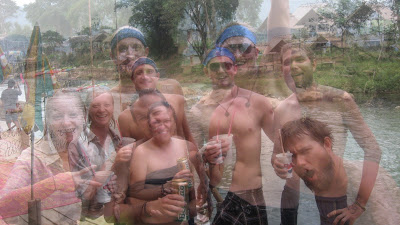 We plan on spending one more day here, so we’ll be going tubing rain or shine, and then riding south to Vientiane hopefully in two long days. While it’s 180km, it is at least much more reasonable terrain than the mountains we’ve ridden through recently, so hopefully we can keep up a decent pace for out last two days of cycling all together. We’ll all stay in Laos until November 24th, but that morning we’ll split up, as Blaise and Christine are taking the train to Bangkok, while we ride there by bicycle with Luke. The time together has been fantastic, and we’re all a bit sad about splitting up, but we have different priorities for how we’re spending our last two weeks in SE Asia. We’ll be doing five days of cycling, then a day or so in Bangkok to sell our bikes, before heading to Koh Chang, an island only a few hours away from Bangkok. The plan is to stay there for a few days, before returning to Bangkok for another day or two at the massive Chattuchak Market and then fly back home on December 7th.

Here’s your moment of zen, not the intended video one since the connection keeps dropping while uploading, but substituting is the rare Laotian butter-bee: 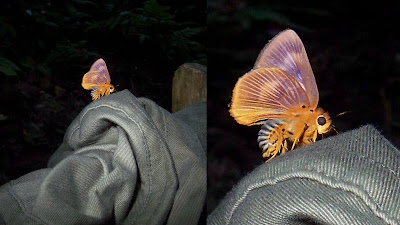