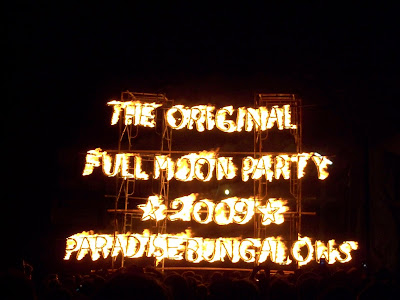 The FULL MOON PARTY was definitely a ridiculous over-the-top massive event…
We’ll spare you the details :-), but there were thousands of people partying until dawn, pounding club/techno/electronica music until the rain came pouring down the next morning, and more buckets than is really believable. The crowd was a bit too young for its own good, but perhaps that just means we’re getting more mature or something equally frightening… 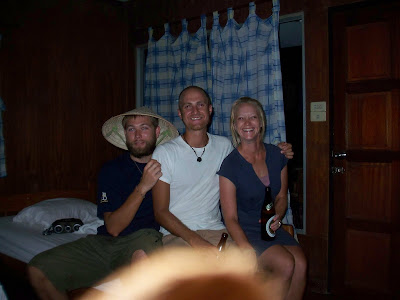 Before the party itself we spent several days enjoying the beach (though there was hardly any sun over all), and each night there was a pre-party of ever increasing intensity. Our bungalow was fantastic, set in a garden setting for only 600 Baht per night. We feel like we really lucked out, other than the mosquitoes that plagued us at night, since many of the places were either over-priced due to the party or just rather dumpy. And we got perhaps the best massage in all of SE Asia from our hotel, for the low low price of only $6! 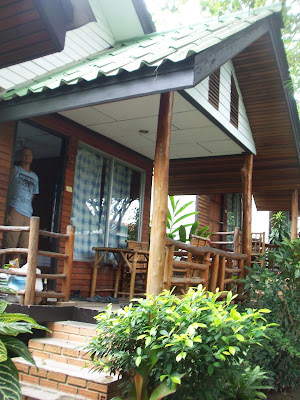 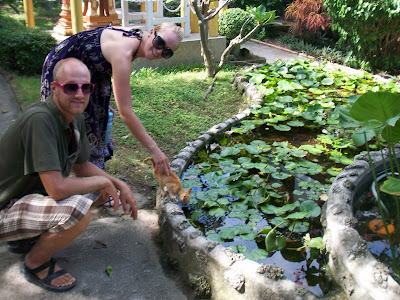 The beach itself was nice, not too big but not too small, especially when it wasn’t littered with last night’s bucket straws and glowstick-bracelets. The waves were perfect for body-surfing throughout the afternoon, there was ample room to play frisbee, so it really felt like a slice of paradise despite the rampant over-development that is all around Haad Rin Beach. The island, Ko Pha Ngan, has numerous beaches, but we stuck with the one we were staying at since it met our needs just fine. Plus with the cloudy weather it didn’t seem like a good use of time to travel around the island by over-priced truck-taxi… or perhaps we were just delightfully lazy? 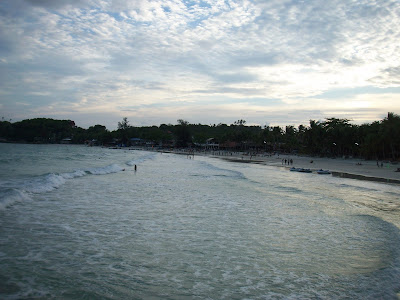 Right now we’re back in Bangkok, having endured the 19-hour journey of: taxi, boat, bus, bus to get back here… laying low today, hopefully we’ll make it to see Fausto and get the money from selling our bikes back to him, but exhaustion is definitely at the forefront for today…

We fly out early Monday morning, so this might be our last post from SE Asia :-(. If so, it’s been a fantastic ride (literally, much of the time), thank you so much for reading all about our cycling adventure, and there will be more news posted soon!

Peace, and much love
Anderson & Liz 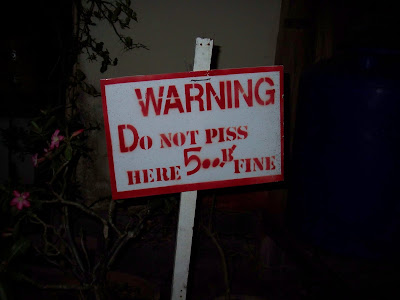 And here’s the Full Moon itself, just to verify that it was all real: 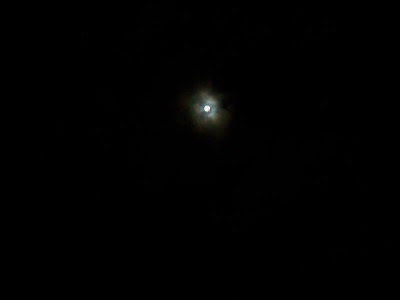 It might have even looked that blurry at certain moments… 🙂