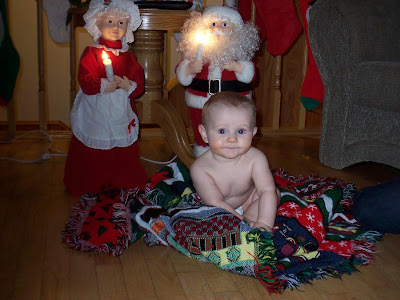 We’ve made it all the way up to Wisconsin, 18 hours of driving total from Denver, although we did spend a delightful weekend in Iowa City along the way. Our finale in Colorado was quite fun as well – we met up with some friends and spent a night at the Ameristar Casino in Blackhawk, gambling and meandering until the early morning hours.
Good thing we got to Wisconsin when we did though, since the snow started last night and is reputed not to be finished until Saturday. Definitely going to be a white Christmas, and we’ll probably be seeing the same snow until we leave here in late January!
Iowa City was great fun, saw some good friends and a fun show at the Blue Moose Taphouse – our friend Collin rocked it out solo and with his band Lick It Ticket – and ate an abundance of tasty food. Thanks for coming out to IC with us Kate, and thanks for driving over late Sasha, it was really wonderful to see both of you ladies! Special thanks for hosting us Joe & Hannah, perhaps someday we can actually return the favor!
Being home still feels a bit strange and blurry, like we are slightly disconnected from “normal American life” – which is certainly correct. It’s hard to re-adjust to a new way of life (anywhere) in only a few weeks. For sure we were born here, speak the language, and have lived primarily in the US during our lives, but the short-term happenings, culture, music, movies, etc. we simply cannot relate to just yet. We’re working hard, but we’re still more adept at sign-language ordering food, haggling over prices, and riding a bicycle all day then we are at driving a car, buying goods at Western prices (with Western taxes), and understanding every one’s conversations that you overhear. Really, we’re so used to NOT understanding what people are saying that it feels truly bizarre to be at a restaurant and be able to eavesdrop on the surrounding tables!
Besides the snow, we’ve seen both Liz’s brother and sister, as well as all of their children. Our baby nephew Jaksen is doing well, at 6 months he is already preparing to conquer the world with his cuteness! Our older, but no less cute, niece and nephews spent the night here yesterday, and we’ll obviously be spending much more time together over the coming weeks.
We’re just working hard on a seemingly endless list of “chores”… Liz is getting ready to start an Advanced Personal Fitness Trainer Certificate, an online course, which is not only a return-to-school test, but more importantly something she’s very interested in that has short-term job potential. Part of the program is an internship in Denver once the online studies have been completed, so she’s got some time pressure to finish in order to take advantage of the internship while we’re still in the States!
Anderson is busy sorting/uploading/organizing photos to assemble a DVD of our trip, while also finishing his TravelFish articles and about a million other projects… plenty of work even when we’re unemployed!

Hope everyone out there has a fantastic holiday season, whether your X-Mas is white or downright hot – after two weeks of cold we’d really prefer the latter 🙂

Here’s a five-eyed moment of zen cuteness from Denver: 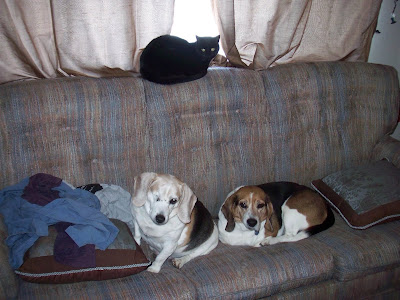 One Response to A Merry Wisconsin X-Mas