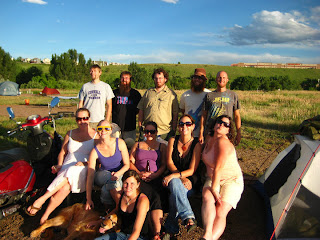 Alright, so we’ve been total slackers on the blog, and that basically means that Anderson’s been being lazy – thankfully that will all be changing soon since there are going to be some major changes in the Land of The Muths. More details to come, but in the meantime here’s a bit of an update:

We’ve both been keeping very busy with work, which at least partially explains the lack of posts. Liz’s job with the US Census, doing admin work, has lasted much longer than initially anticipated – great for our upcoming travel plans! Anderson is still teaching tennis and golf to kids, and has also managed to survive three weeks of summer camp!
Otherwise we’ve been up to plenty! We’ve seen a few live shows lately (our friend Collin’s band Lick It Ticket most recently, as well as Anderson’s co-worker Matt’s band The Saurus; we also went to a Brewgrass festival back in June. In the past few weeks we saw the Body Worlds exhibit at the Museum of Nature & Science, participated in a unusual cycling race – the Urban Assault Ride where we finished 21st in Co-Ed and 69th overall, and have been regularly participating in Tuesday night trivia at Legends – we win some sorta prize every third week so we are at least regular contenders!
Anderson has made two music mixes since May, first a reggae mix:

DJ Anderson – Stepping Between Reggae And Dub by DJ Anderson

and just this past week he finished an electro/French house mix:

We’ve also participated in two surprise birthdays this summer: in June we traveled to Wisconsin for Liz’s grandmother’s 75th, and this past weekend we helped celebrate Anderson’s mother’s 65th at a local Italian restaurant. Both ladies were surprised, and both evenings were fantastic! While up in Wisconsin we managed to fit in some boating, which luckily also included some tubing: 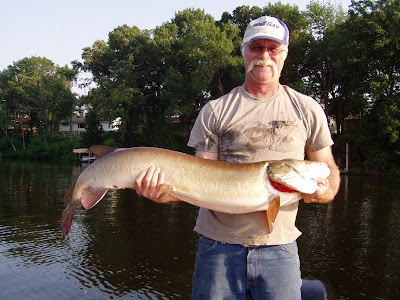 More news soon, more regular posts, and once we’ve finalized them the info on our travel plans will be spilled as well… but we’re thinking of leaving the US in mid/late September!