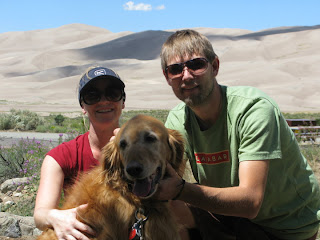 Hope you’ve had a fantastic summer, ours has been busy but very enjoyable, but now the fall is arriving we’ve only got a few more weeks in the States. That’s right, we’ve actually figured out our plans!
Liz’s job at the Census ended last week, and Anderson will be working a few more weeks until the 16th. That will give us a week to wrap things up here, since September 25th is when we’re flying out of Denver. We’ll be landing in Mexico City, via LAX, but our end destination is actually Queretaro. That’s where the Teacher Training Center is, the school through which we’ll be taking our one-month TEFL certification program. Just this week we’ve put down our deposit, so things are finally becoming official and “real.” We’ve had this plan for a while, but if feels great to finally get to put it into action!
So we’ll be studying to become more effective (and better accredited) ESL teachers from October 4th through the 29th, but for the week beforehand we also get free Spanish lessons – which is a totally awesome freebie!
After that the plans call for a week at the beach with some friends, probably somewhere near Puerto Vallarta, and then we’ll travel across Mexico and then south into Belize. Liz’s aunt and uncle have a house there, so we’ll stay with them for a bit, around which we’ll also be meeting up with our old friend Alan (from Cornell) whom we’ll be traveling with. From there the plan is to go to Peru to find ESL work, however a side-trip through Nicaragua will hopefully happen if Anderson’s cousin Reannon gets a job there… we shall see 🙂
So that’s our semi-immediate future… as for current events, lately we’ve gone to a few concerts: Chromeo, J. Roddy Walston & The Business, and our buddy ScMcD. We’ve also caught a few more Colorado Rapids soccer games, including a sweet 3-0 victory last weekend (tickets were also free, which never hurts!).
We went for a fun couples camping trip with Scott and Joni a few weeks ago, down to Great Sand Dunes National Park, which is simply amazing. We had a lot of fun, snagged a great campsite, and even the dog we’re watching – Cyrus, we’re house sitting for his owners – had a great time. Check out the photos – thanks Joni – they’re pretty sweet: 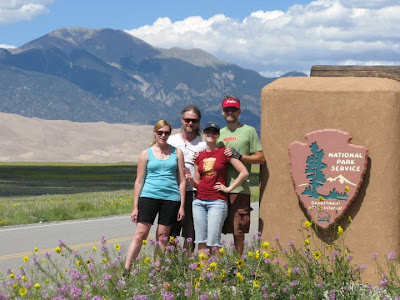 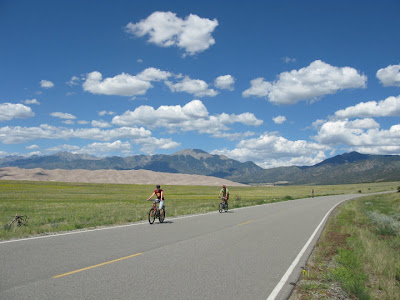 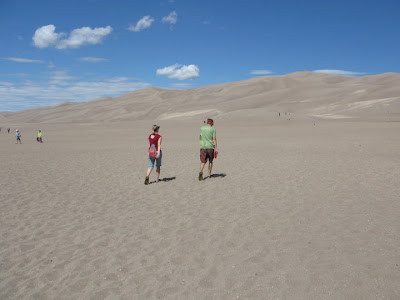 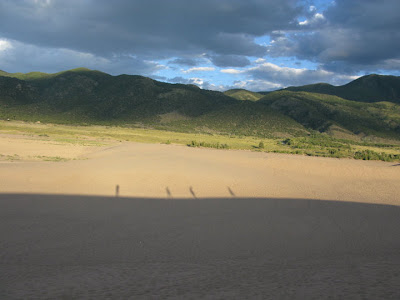 Speaking of photos, we’ve finally gotten a new camera, since our trusty Kodak v610 finally gave out after four years of rough love and global travel. We settled on the Panasonic DMC-ZS5, which we’ve just received in the mail but haven’t gotten to try out yet. If it does as well as its predecessor then we will be happy camera owners for sure… and from the demos/reviews, and its specs, it should take better photos along with HD-video.

Here’s your moment of zen – Scott and Joni sand-sledding: 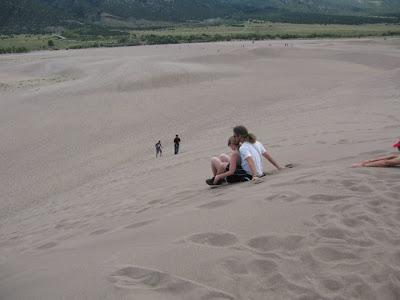 More news to come soon, things will be getting a lot more regular as we get back out on the road again!

Hope all’s well,
Peace and much love as always,
A&E

One Response to Colorado Summer Update: Sand Dunes and More