Lots Of Travel, In Oaxaca 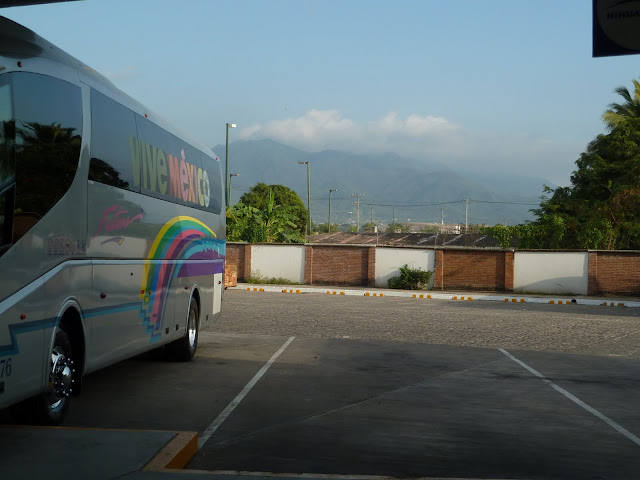 At Least The Bus Has The Right Attitude

Took almost 20 hours split between two buses, but we endured the journey from Puerto Vallarta to Oaxaca via Mexico City, which all and all wasn’t too bad at all.Â  Both buses were nice/modern, just too many hours spent sitting, staring at English movies dubbed in Spanish, wanting to relax more than we could.Â  But late Thursday afternoon we finally arrived in Oaxaca, taking a taxi to a hostel we’d researched online.Â  We’ll be chilling here, at Casa Angel Youth Hostel, until Monday afternoon.
Today we wandered around the downtown area of Oaxaca, which is filled with old buildings, amongst them a famous church and cathedral. 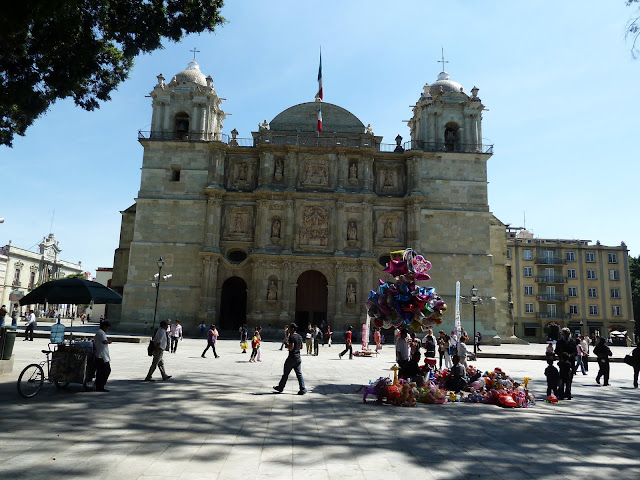 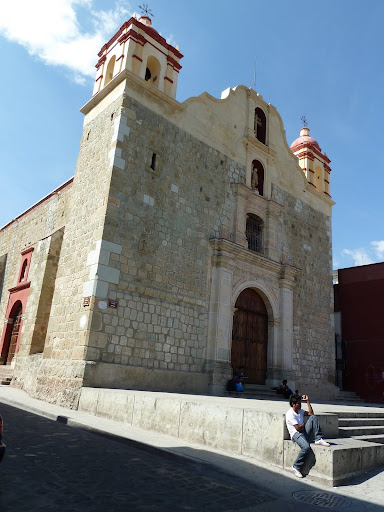 A Typical Scene In Downtown 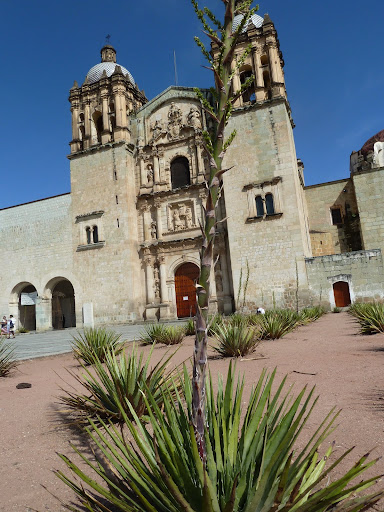 Church of Santo Domingo de GuzmÃ¡n: A View From Among The Cacti

There were also plenty of enormous Dia De Muerte masks, on loan from the museum, throughout the main pedestrian mall: 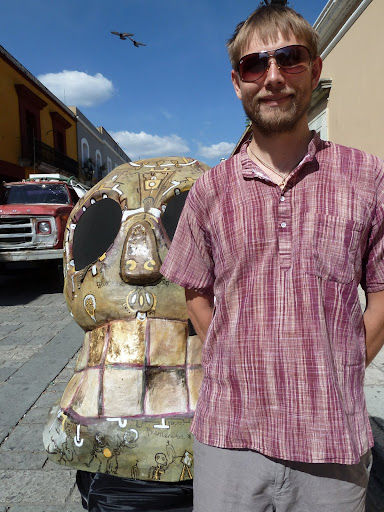 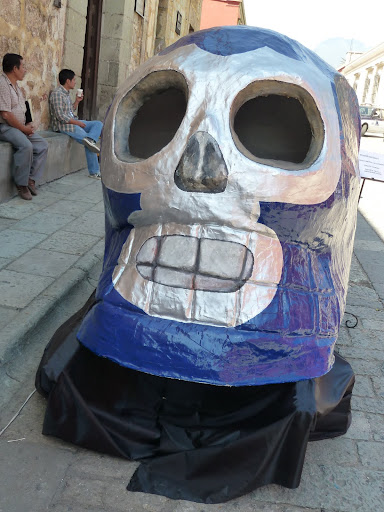 An Homage To Lucha Libre 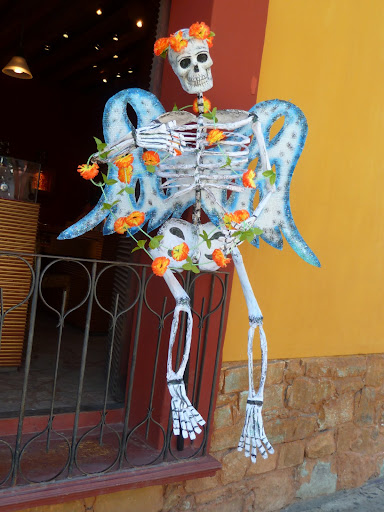 And Another Dia De Muerte Decoration

The city’s somewhat similar to Queretaro, but it’s understandable that we (and most Mexicans we’ve talked to) have a preference for Queretaro’s Centro Historico – bigger/cleaner/nicer.Â  That said, Oaxaca is still very nice and peaceful, we had some tasty food for lunch, and we’ll be going to check out the Zapotec ruins of Monte Alban tomorrow.Â  In general though, it’s nice to relax, have some computer time, and get organized before hitting the road again for our multi-day journey to Belize.Â  We bought our bus tickets today, so we’ll leave late Monday evening, arrive in Palenque Tuesday morning, see the Mayan ruins there during the day and then catch another overnight bus to Chetumal, which is on the border with Belize.Â  We’re meeting up with our friend Max, and then hopefully also our aunt and uncle, on Wednesday, so we’ve got a busy agenda before we can relax more on the beach! 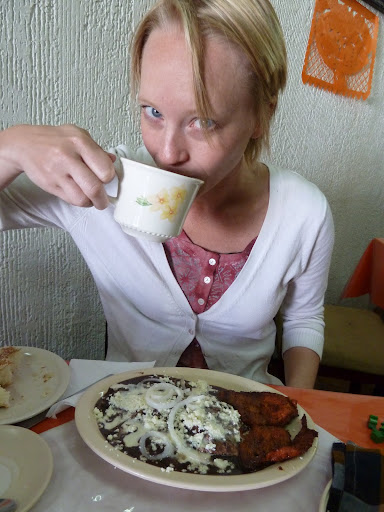 The Joys of Second Breakfast

PS – Speaking of drinking, here’s a few rare (oscura) beers we had after a hard day of TEFLing: 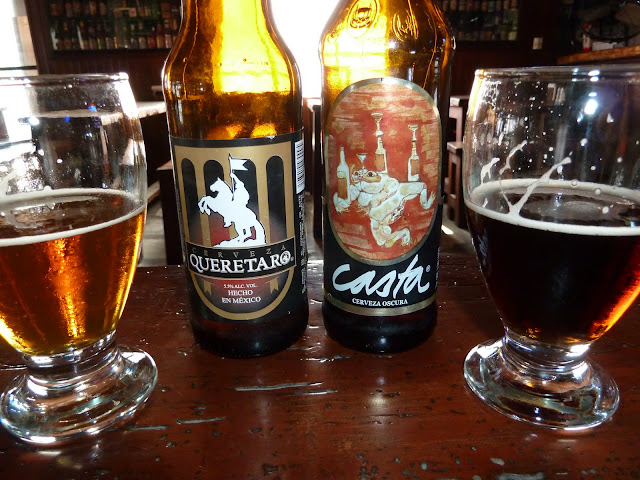 *yep, Queretaro beer is hard to find in Queretaro, it actually isn’t even made there *