Obviously a bit has happened since we’re now relaxing by the beach in Hopkins, Belize, but here’s the news from Mexico first.Â  Our last two days in Oaxaca we kept ourselves busy, first going to the ancient ruins of Monte Alban.Â  Set on a hilltop, everything was on a grandiose scale, including numerous temples, houses, and a ball court. 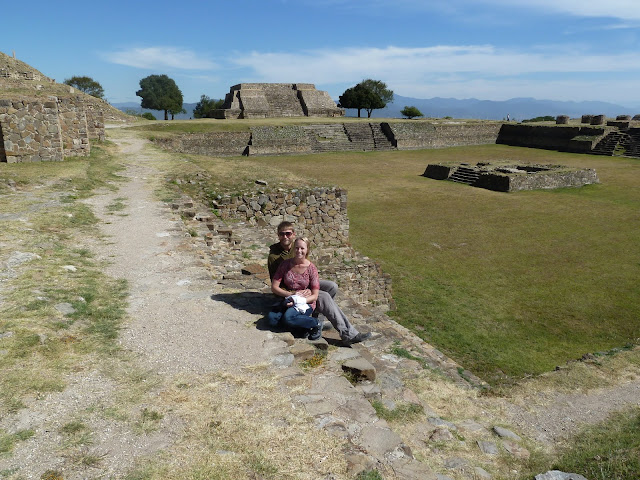 The next day we did an actual bus tour so we could see a variety of regional highlights, but we were primarily motivated by the mescal factory visit to be honest!Â  Other than mescal, we also saw another temple (Mitla), learned about traditional textile making, saw the world’s widest tree, and a set of petrified water falls.Â  Pretty eclectic to say the least… 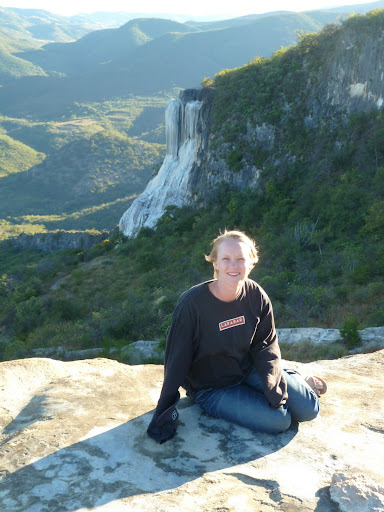 Liz At The Petrified Waterfall

From Oaxaca we took our first of two overnight buses, a 14-hour trip to Palenque.Â  Arriving at the small bus station around 8:30 in the morning, we checked our luggage and then shared a taxi to the nearby Mayan ruins.Â  The most modern of what we saw in Mexico, Palenque is a sprawling city complex of which only a fraction has been unearthed/restored.Â  Still, there are plenty of impressive temples and palaces, plus entire living sections laid out between two beautiful rivers full of waterfalls.Â  It took us several hours to walk around all of the main temples, most of which we were allowed to climb.Â  The jungle all around was thick and lush, which meant much of the time we were thankfully out of the sun.Â  We plan on seeing more Mayan ruins in both Belize and Guatemala, but Palenque is definitely an amazing site – we’ll find out if it’s actually on par with Tikal though… 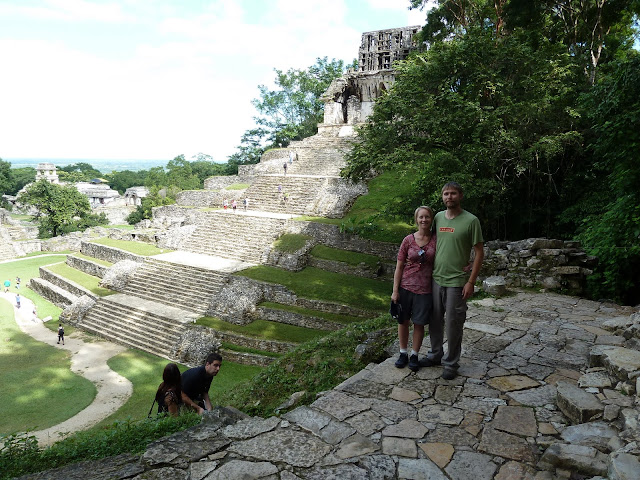 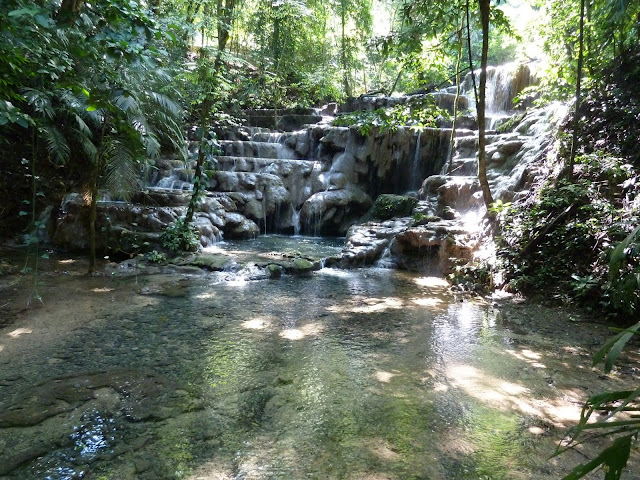 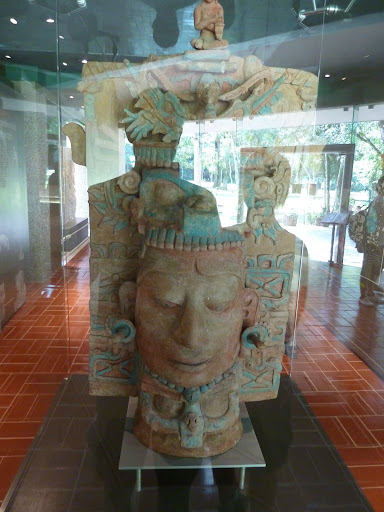 Using Our Shadows At The Palenque Museum

Since we were paying for our luggage by the hour and rather low on Mexican pesos, we took our time but kept a-moving, a necessary tourist skill for sure, which meant we spent a long afternoon in a restaurant awaiting our night-time bus to Chetumal (that was also 2 hours late).Â  Thankfully we picked an excellent place, and no one complained that we didn’t leave for about six hours.
Arriving in Chetumal in an early morning daze, we were initially given incorrect directions but were thankfully flagged down by the first shuttle-bus of the day to Belize City.Â  For US$15 each (Belize uses both the American dollar and it’s own currency, which is permanently pegged at 2:1, so we could have paid BLZ$30 if we’d had it) we got a comfortable ride on smooth roads, through both customs, and into the heart of Belize’s capitol city.Â  We also managed to avoid the Mexican border scam, where they try and charge foreigners a nonexistent $20/250peso exit charge.Â  Good work internet for saving the day on that one.
Getting to Belize City was just the first part of our day’s itinerary, as we still needed to get all the way down to Hopkins, another three hours down the coast.Â  We lucked out again, arriving at the bus station literally as our bus was pulling out.Â  Bus here means a late-model Blue Bird school bus, still mostly yellow but with a bit more style.Â  Felt like a bit of a flashback, but so long as the windows were down and the bus was moving it was a great ride, depositing us in the own of Dangriga a few hours early.Â  Now only 30 minutes from Hopkins, our aunt Linda was meeting us at the bus station and Max at the airstrip at 5pm.Â  So we had no choice but to eat shrimp burgers and drink our first Belikins while watching some English Premiere League football in a Chinese restaurant next to the bus station.
Our rendezvous worked out splendidly, everyone was early in fact, and ever since we’ve had four days of fun by the beach! 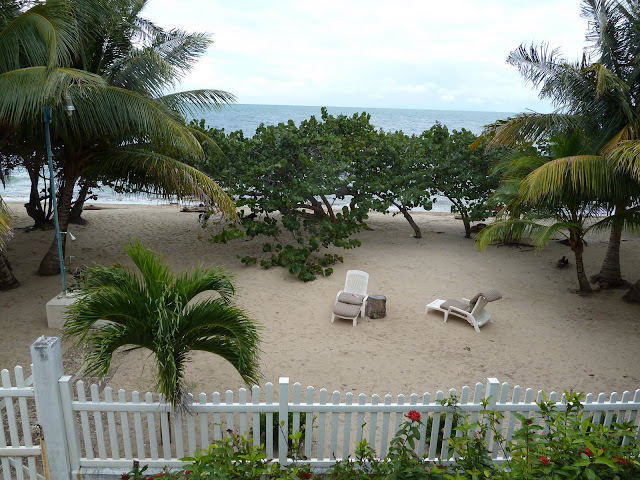 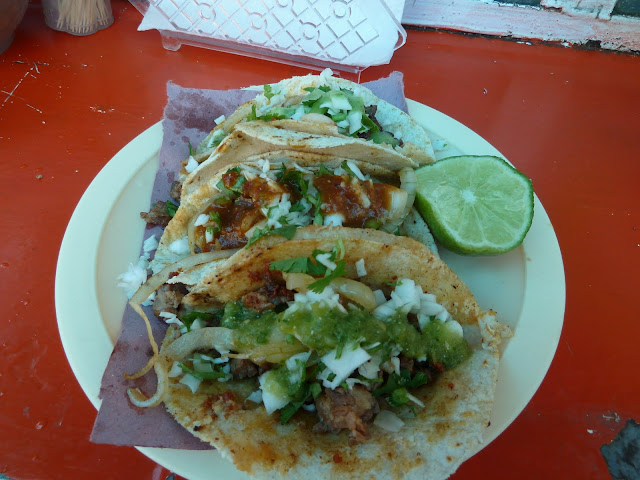 From One End Of The Food Spectrum: Street Tacos 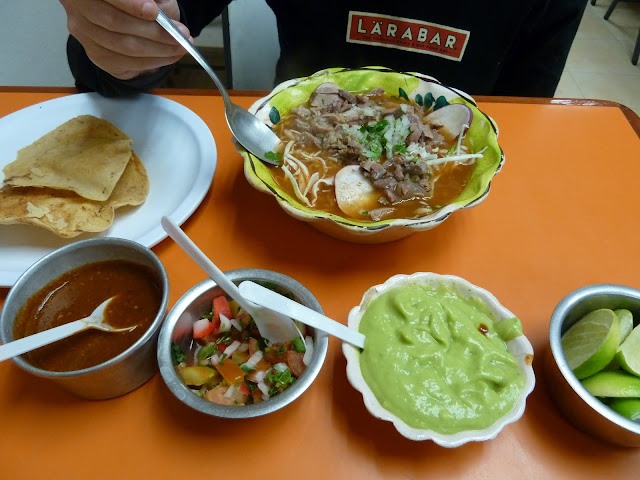 And The Other: A Delicious Bowl Of Hearty Pazole

And now for a proper moment of zen, here’s an enigmatic formation on the world’s widest tree: 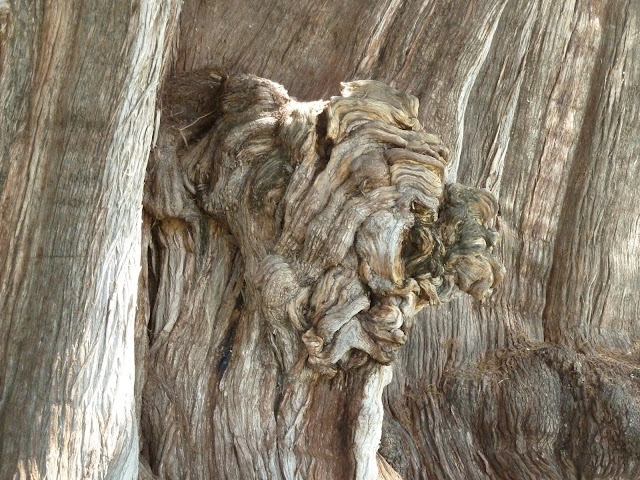