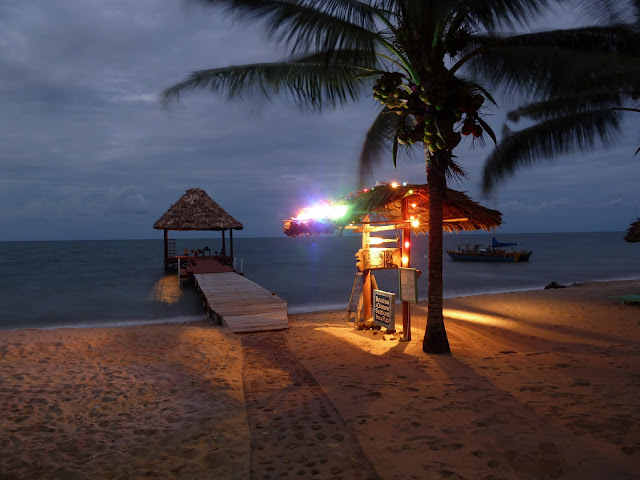 Sea-View From A Nearby Restaurant

We’ve just been busy ‘doing nothing’ by the beach… plus day-trips throughout Belize and plenty of time in and on the water.Â  We’re having a great time, every day here is really enjoyable with mostly perfect weather, waves audible from the veranda, and a plethora of great food.Â  Yes, we find good eats wherever we go, but the abundant fresh lobster, fish, and shrimp have blessed us with happy and full bellies.Â  Here’s some proof in case you are doubtful: 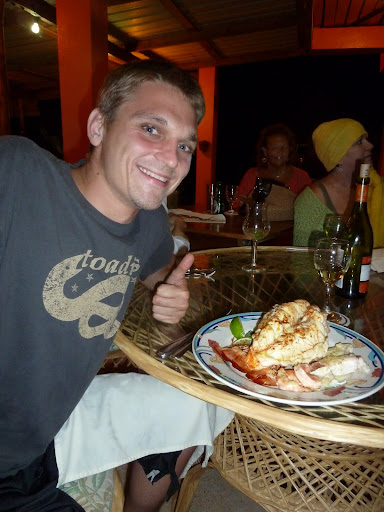 Max Versus The Ludicrously Large Lobster 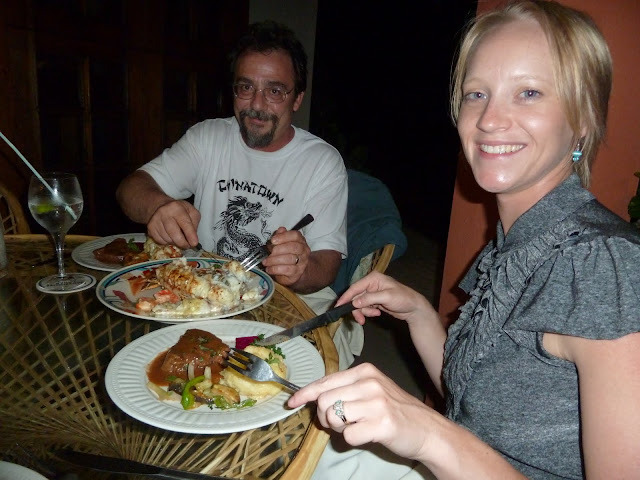 Dave and Linda are the most gracious and kind of hosts, they’ve spoiled us our entire time here, and we’re having so much fun every day.Â  So far we’ve had a wide variety of adventures: river and ocean kayaking (the waves became quite relentless for a while), eating 2-pound lobsters, getting rained out for a night-time crocodile-watching cruise which turned into a boat party, and finally last night we enjoyed an actual sunset ocean cruise. 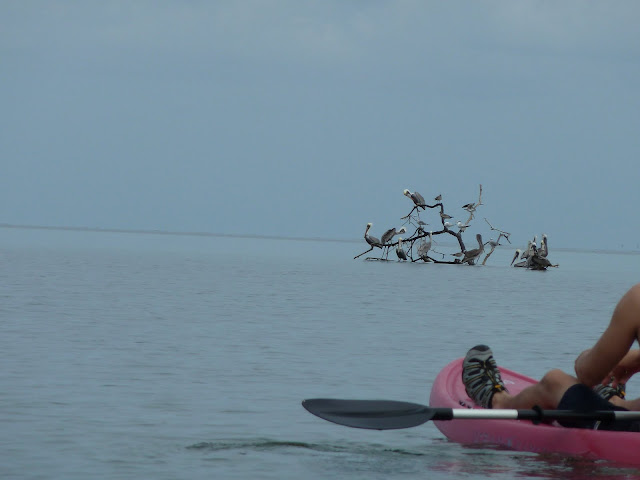 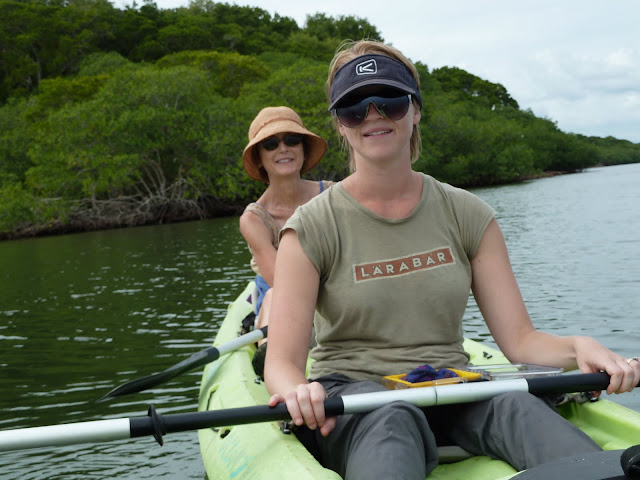 Liz and Cindy Lou Between Paddles

We’ve gotten out of Hopkins twice, first bussing it down to Punta Gorda for the local Garifuna people’s annual Battle of the Drums, and then later we tried – and failed – to find some reasonably-priced cave tubing so we wandered around Belmopan (the capitol city), investigated hardware stores, and drove through Mennonite country around the town of Spanish Lookout.Â  The Battle of the Drums was a pretty massive event, with eight towns from three countries represented.Â  Bands played traditional West African hand-drums, accompanied with singing and dancing, while battling for the title as the best Garifuna drum group.Â  Hopkins placed an impressive third, but the reigning champions from Baranco managed to win again.Â  We took a chartered bus with the locals, which was nice since we didn’t have to worry about staying overnight. 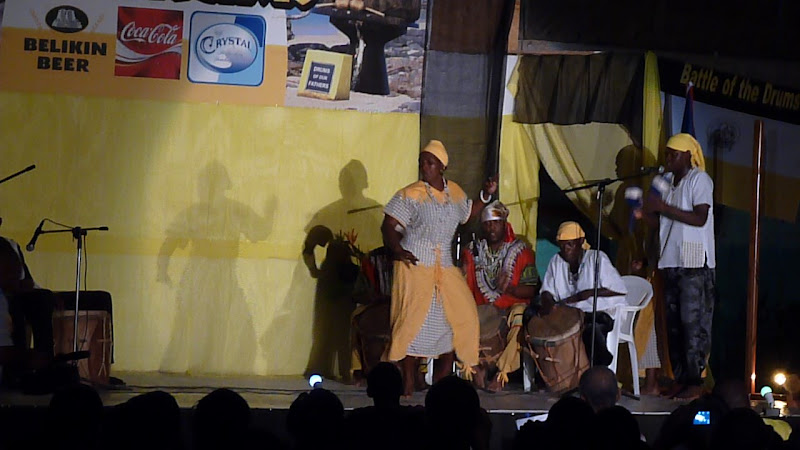 We’ve been playing a lot of Carcassonne – we’ve gotten both Max & Dave addicted to it as well – plus we’re taking advantage of the beautiful beach and the warm water by throwing frisbees along the former and into the latter.Â  We’ve only got a few more days here, but we’ll continue to make the most of them, since on the 21st we’ll go back to being independent travelers.Â  From Hopkins we’re first going to Tikal, a major Mayan site in eastern Guatemala, before working our way down to Antigua which we plan on making our home for at least a little while… need to sort out a good balance between taking Spanish and teaching English in order to establish a home away from home.Â  We’ll just have to see how it all works out!