A Change In Plans 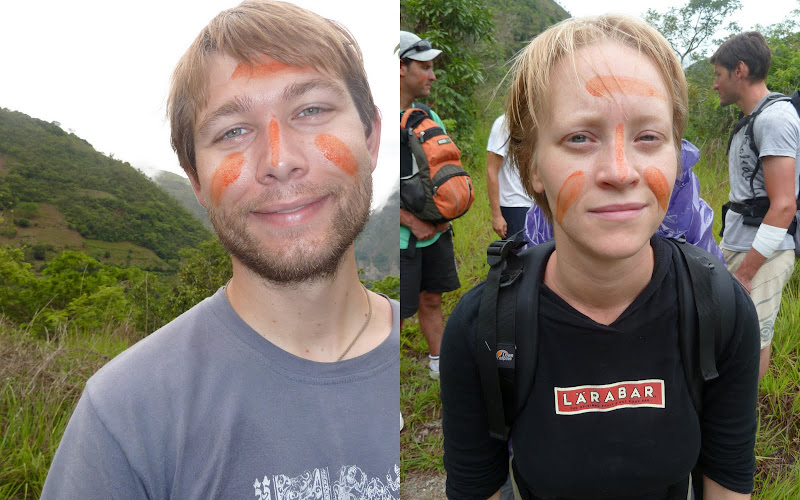 Painted Up On Our Machu Picchu Tour

New Years has come and gone, and thankfully our illnesses have as well!Â  The main highlight of 2011 thus far has been our trip to Machu Picchu, but that will be more thoroughly detailed in a separate post – our tour was a bit hilarious at times but was still well worth it.

As for jobs, Peru has not worked out quite as we’d hoped – we did have two interviews in Cusco, one with a private institute and the other with a public university, but in both cases the pay and hours didn’t add up favorably for us.Â  The institute couldn’t guarantee us enough hours (only about 50/month), plus the pay at $4.50/hour wasn’t the $6 we were hoping for (based on our internet research).Â  Surprisingly the university was even worse as far as pay, less than $4/hour, though we might have been able to get more hours – but based on our living cost estimates we would have had to have been in the classroom about 40 hours week, a ridiculous amount, to even have a chance of making things work.Â  By comparison, in Korea we only worked 24 teaching hours a week, and that was plenty and often exhausting – doing almost twice that just to break even didn’t seem prudent or enjoyable, which is why we’ll be leaving Peru in about two weeks.Â  We just booked a cheap flight home, Spirit Air was amazingly affordable at half the price of the next best option, so we’ll be returning to Denver via Miami and Las Vegas on January 23rd.Â  Tried hard to make it work down here, but just not the viable option we thought it would be.Â  Once back in the States we’ll be looking to sign an international teaching contract in a more lucrative part of the world, top choices right now are the Middle East and Malaysia.Â  More on that once we know, but as of now we are just starting to apply for jobs…

Be seeing you State-siders soon!