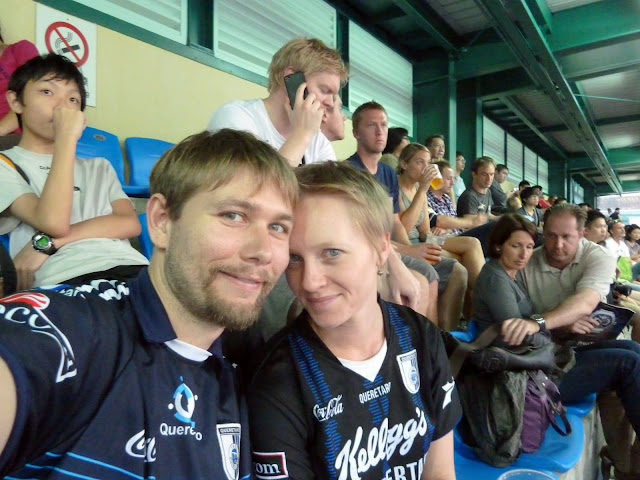 No One Recognized Our Queretaro FC Jerseys...

Life continues to keep on keepin’ on, we’re well settled into our routine, Liz especially since Anderson’s schedule is still a bit chaotic as he slowly works his way up to full-time teaching hours.Â  He’s over 2/3 of the way there, so soon enough! 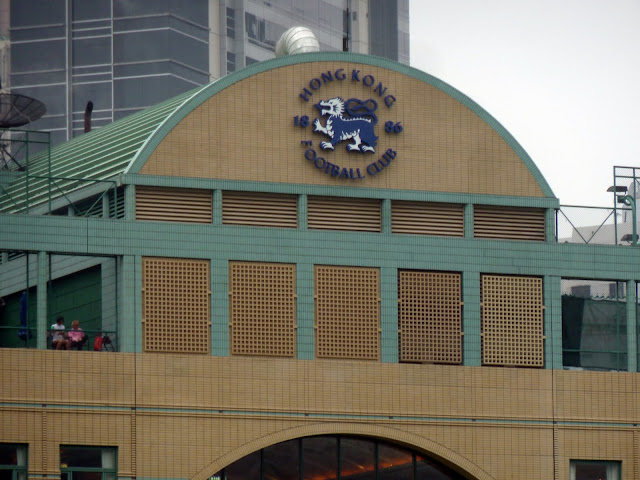 Had a busy weekend at The Hong Kong Soccer Sevens, a unique football tournament featuring a variety of international teams playing games with seven men a side and seven-minute halves.Â  Teams came from all over the world, including Hong Kong, Singapore, Japan, England, Holland, Ireland, and Argentina.Â  There were two divisions: older/former professional players played in the Masters competition, while for the Main tournament international teams sent development squads while local professional teams were also represented.Â  Top-notch clubs included Liverpool, Ajax, Aston Villa, Celtic, Rangers, Boca Juniors, the Hong Kong U-18 and U-21 teams, however the teams that emerged victorious, surprisingly mostly came from Hong Kong!Â  Local team Citizen won the runners-up trophy, while the overall championship went to Kitchee, the current champions of the Hong Kong professional league. 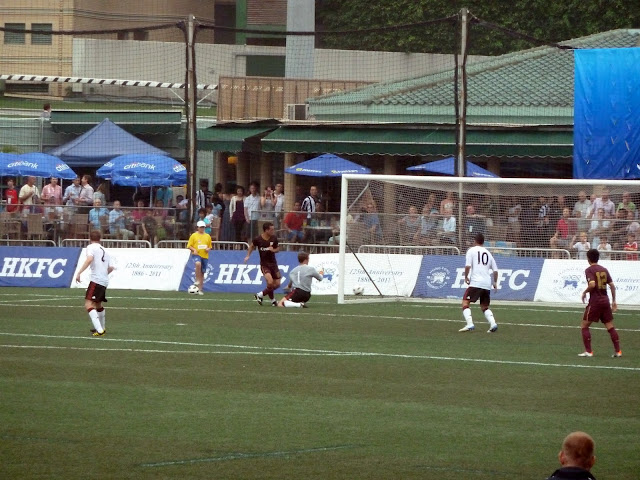 Kitchee Scoring One Of Their Many Goals

For the Masters division, Top Class, a squad of former Hong Kong pros, edged out the Citibank All-Stars who were comprised of former English Premiere League players.Â  We caught much of the full weekend of soccer, which was quite fun and included some impressive goals.Â  Given the format of the tournament, a 14-minute game might easily feature four or more goals, and if things were tied then there was a 4 vs. 4 “golden goal” period, which meant that games rarely went to penalty kicks.Â  A great event, and we’ll definitely be going back next year. 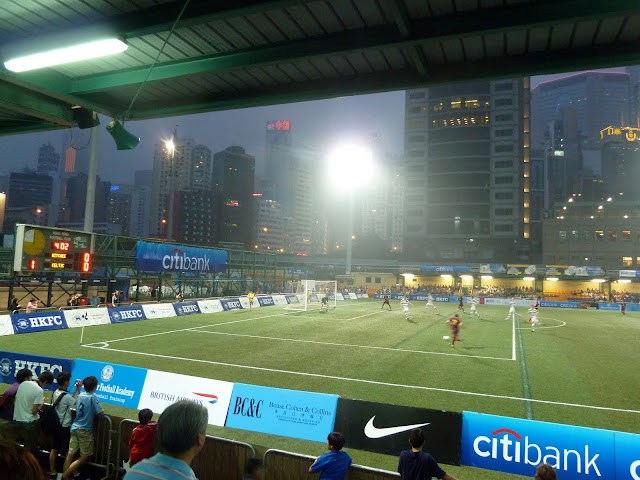 HKFC Stadium Is Right In The Urban Jungle

In more personal sporting news, here’s the moment of zen, a collage of us honing our badminton skills at a nearby park: 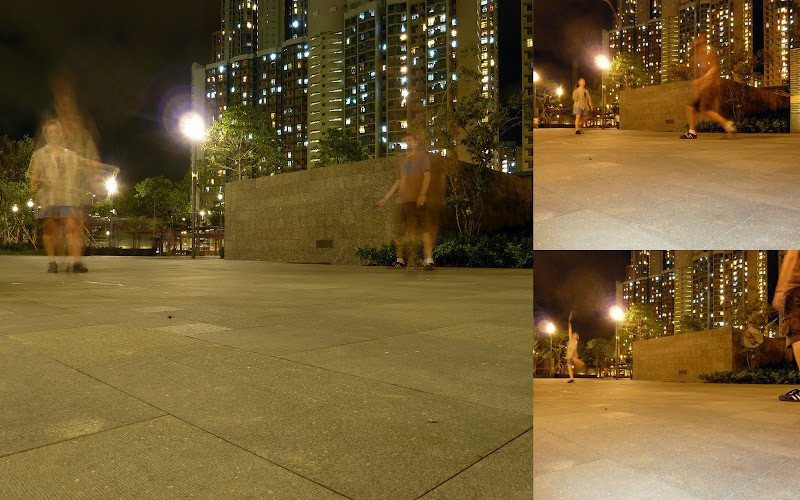 We're So Good We Don't Need A Net!