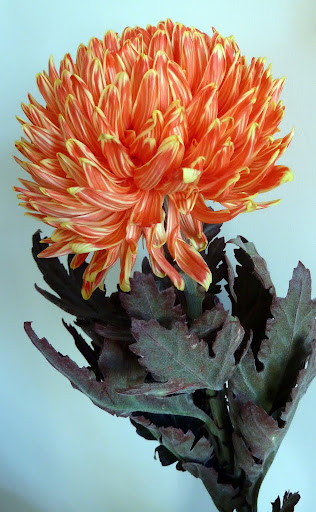 From The Local Wet Market

The crushing humidity of summer has shown up in force, but at least it’s balanced out by the multi-day thunderstorms that cool things down at least once a week.Â  We have some exciting dog news, but that will be a separate post coming soon – if you’re on Facebook you’ve already gotten a sneak peek of our adorable new pooch Joey.

We’ve been fully immersed in work and life’s routine for the past few weeks, for Liz countless teaching hours have been spent preparing for the school’s annual Summer Concert, while Anderson has just completed his first month of full-time work.Â  Only real exciting thing we’ve done over the past few weeks was a Hong-Kong-style BBQ get-together last weekend up in the New Territories: 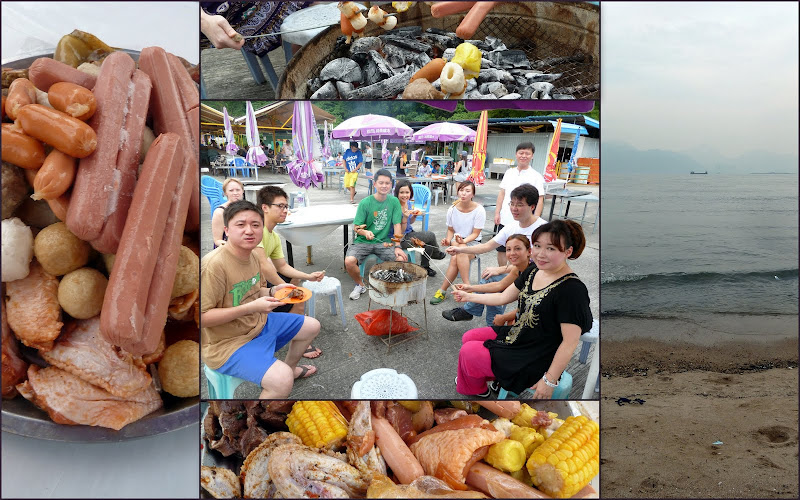 Food was good, meats well-marinated, but cooking everything on skewers is hot and takes a while.Â  Does work well to prevent over-eating though!Â  We also played a bunch of games, including a new (to us) Chinese ball-game, concluding with some 4-on-4 beach football.Â  Anderson’s birthday was also this past week, his 20s are officially finished, so onwards and upwards in a new decade!Â  Our original plan of going to an amusement park was rained out, so we ended up going to the Art Museum before swinging through “Korea Town” to get a bunch of delicious treats: 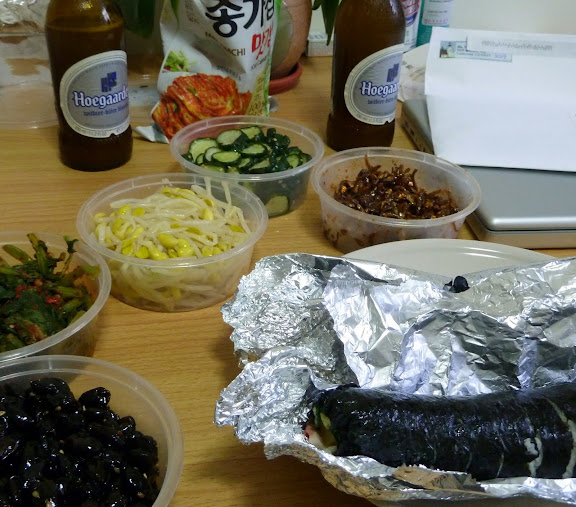 Anderson’s Masters plan is also coming together nicely, the University of Missouri’s MEd-TESOL program has won out, which means he’ll be starting classes as a non-graduate student in August, with intentions to officially join the program in January following a successful application and GRE exam this summer.

As promised in the title, here a few delicious sandwiches we’ve made recently: 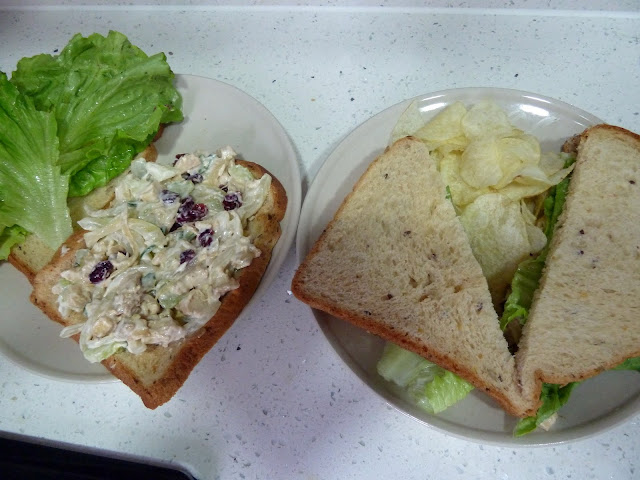 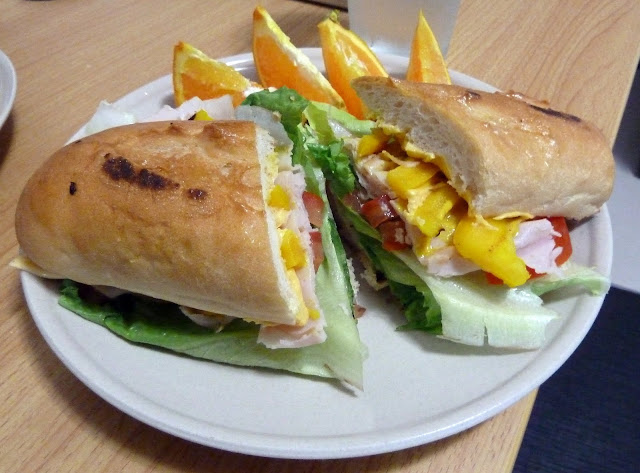 Some Sort Of Toasted Super Sandwich